FUEL retailers continue to face a very slow recovery on volumes sold and slow sales in their convenience stores due to sluggish consumer spending and people travelling less because of alternative ways of work and meetings, says the Fuel Retailers’ Association.

FRA chief executive Reggie Sibiya said this week that the impact of Covid-19 and the general economic decline was exerting its toll, especially on low volume and rural sites.

“We are seeing a lot of change of hands in the industry which signifies and confirms hardships. Oil companies are placing undue pressure on volume growths to maintain their market share,” Sibiya said.

The FRA said the rampant illegal trading, which the Department of Mineral Resources (DMRE) compliance department, and the controller of petroleum products, the deputy directors-general: petroleum and petroleum products regulation Tseliso Maqubela were failing dismally to control was also having a major impact on retail network volumes under tough conditions.

The FRA said the inability to address illegal trading made the DMRE’s Petroleum Products Act and its regulations a mockery. For more than 10 years, the department had neither fined a single business nor put anyone in jail for the rampant offences.

Sibiya said he believed that the DMRE had neither the capacity nor the competency to deal with the issues.

DMRE had not responded to the Business Report media enquiry on the issue at the time of going to print.

Sibiya said that coupled with the above was the failure of the controller of petroleum products to effectively address the issue of retailer margin under-recovery, caused mainly by credit card costs, which he said were not compensated for in the margin.

“Whilst acknowledging the under recovery, he did not implement the KPMG Study (which reflected a 12 cpl (cents per litre) under-recovery in 2016). Neither has he kept his promises to review the credit card costs, in two meetings held with him in November and December last year.”

That represented a serious regulatory failure, he said.

“While we are conscious of everrising fuel prices, which impacts the consumer negatively, however, the ability to supply the product at no loss to the retailers is equally important.

“To deny retailers a 12 cents per litre one-off increase while the regulator has no control on international prices, which sometimes lead to over R1 increases monthly, is an absolute mockery.

“We are not asking to make profit on credit card costs, but we are simply asking for a cost recovery to sustain our businesses,” he said.

Commenting about the recent fuel hikes and the effect on fuel retailers, Sibiya said credit card costs were linked to pump price and not even in the baseline, taking away from the compromised retailer margin of R2.28cpl. The first element allocated on the retailer margin to suffer was the wage component, he said.

“Our inflation is the pump price which, to date, has increased by around 36 percent versus this time last year, against a mere CPI (consumer price index) one-off adjustment per annum.” For consumers, it seemed likely that the country was in for a prolonged period of expensive energy experienced especially in countries that were net importers like South Africa.

In a note this week, economists from the Bureau for Economic Research said the local impact of the extraordinary oil price gains was signalling that domestic fuel prices could increase by as much as R2 a litre next month.

“Depending on oil price moves in the rest of the month, the increase could be significantly more than R2/litre,” the BER said. “This follows a hefty petrol price hike of about R1.50 per litre in March.”

Deregulated markets, which were net importers like Germany and the US, were showing between R36 and R40 per litre on the pump and increasing, he said.

Sibiya said. He said other countries were using their strategic reserves as a temporary relief to cushion the increasing pressure on oil prices in the system.

While consumers in nett importing countries and deregulated markets were applying pressure on governments to remove taxes from the pump prices, he said it was unlikely the governments would act on this.

For now, South Africa is staying mum about its discussions to review the way petrol is priced, as the global oil price threatens to soar to an all-time high following the war in Ukraine.

In his Budget speech last month, Finance Minister Enoch Godongwana said the intention was to review the structure of the petrol price, in a bid to be competitive in the economy. 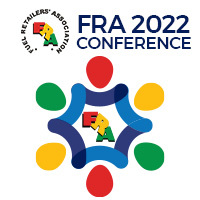